We write our honest review on each product, however, we might receive compensation on the products we review to support this website. See our full disclosures here

After a busy day in your office, sometimes the first thing that comes to your mind as you reach home is to open the cork, let the mouthwatering wine runs in sweet-sounding drops right on your glossy glass. That’s a nice way of relaxing. But suddenly, before you have your first sip, there’s a soft voice asking – “Do I really have to drink wine?” You are trying to have healthy food alternatives, enroll in a gym or yoga class, does it mean now that you are negating all those efforts in just a few tastes?

People used to drink wine for a thousand years, and there are documented benefits that people could gain from it. Emerging research still continuously suggests that moderate wine drinking of one glass daily- provides a number of benefits.

In this article, we will be providing you a list of health benefits that you can get by drinking wine, and which of the wines is considered the healthiest.

Possible Benefits You Can Get from Drinking Wine

A number of studies reveal that those individuals who are consuming the average quantity of wine possibly aids in reducing heart disease rates. Some researchers also believed that wine’s polyphenol antioxidants high concentration can help in reducing the risk of hypertension, high cholesterol, heart disease, as well as metabolic diseases.

Wine is rich in antioxidants

Several foods are antioxidant. Luckily, wine is among them. Antioxidants are the compounds which are capable of preventing cellular damage, which is the result of inflammation and some oxidative stress. This particular stress is said to be a condition due to an imbalance antioxidant and the unstable molecules which is referred to as free radicals, that is capable of damage g your cells.

Wines are made of grapes, and grapes have a high number of polyphenols, antioxidants which have shown to lessen oxidative stress as well as inflammation.

Some compounds contain anti-inflammatory properties, and this compound can be found on wines. Chronic inflammation may increase the probability of conditions such as autoimmune disease, heart disease, and cancer. Though this can be lessened with proper diet, exercise, and stress reduction. Several foods are capable of reducing inflammation, and wine is one of them.

May help you live longer

You heard it right, not long ago, Blue Zone was discovered in Ikarios Island, and some say that the people of Ikarios live longer compared to other people elsewhere. The people here consumed wine daily as part of their dietary plan, which is believed to encourage long life along with eating a little amount of animal-based foods and having a higher amount of plant-based foods. Check some records of the people in Sardinia and Crete, where the sipping of red wine plays a huge part in the anti-aging practice they have. Research shows that wines promote cardiovascular health. In connection with that, wines are produced in Sardinia and southwest France, thus, residents here live longer than others, wherein wines here have compounds with higher concentration.

Wine may help you get smarter

Wines have Resveratrol, which may help in enhancing short-term memory. There is a conducted study wherein participants who have taken Resveratrol had increased their retention of ideas or words. In addition, they also showed quick performance in the part of the brain, which has something to do with the formation of learnings, emotions, and new memories.

Resveratrol prevents uncontrolled growth of blood vessel in your eyes, that is according to a Medicine School at Washington University in St. Louis. In addition, this can also aid in treating diabetic retinopathy as well as macular degeneration (age-related). Though the first study was made on mice, and there are no clearer results for humans, this is still considered as a good start.

We know the fact that wines could help you relax, but how about depression? In Spain, some researchers revealed that women and men who drink a minimum of two and a maximum of seven glasses of wine a week were less diagnosed with depression. When it comes to lifestyle factors, the risk of depression also lessens with wine.

Lessens the risk of having liver disease

Modest wine drinking or a glass of wine a day could possibly decrease the commonness of Non-Alcoholic Fatty Liver Disease (NAFLD). Those modest wine consumers, unlike teetotalers, cut the possibility of NAFLD in half. If you will compare it to wine drinkers, moderate liquor or beer drinkers, had much higher odds of being suspected NAFLD.

Have you heard that by drinking wines you can actually protect your teeth? Well, wine has antimicrobial effects on your skin, and the study shows that it also helps in reducing bacteria found on your teeth. Scientists noted that almost total degradation of bacteria was observed right after applying red wine on biofilms.

Wine may lower the risks of multiple cancer

There are several wines in the market today, but we highly suggest red wine. Moderate drinking of red wine has been known for so long to promote a healthy heart. The alcohol, as well as some substances present in a red wine which is known as antioxidants, certainly helps in preventing coronary artery diseases, which is a condition that can cause a heart attack. Antioxidants like polyphenols, which can be found on red wines, help in protecting the blood vessels lining on your heart. Resveratrol, which is a type of polyphenols, can be found in a red wine that has gotten attention when it comes to health benefits.

This helps in preventing damage on your blood vessels, it also lessens low-density lipoprotein or (LDL), bad cholesterol, and it also prevents blood clots. There are some studies also revealed that Resveratrol reduces inflammation risk, which eventually reduces heart failure.

As you can see from this article, there are countless benefits of moderate drinking of wine – whether it is Hearth health issues, helping with reducing inflammation, reducing the risk for some types of cancer and more. Yet, you should be a moderate drinker to avoid the negative effects of drinking too much wine. Be aware of the associated diseases you can get on drinking too much alcohol, including wine. 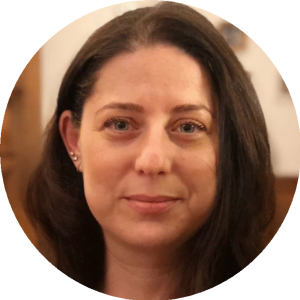 Lee Levy
My name is Lee and I live in New Jersey with my husband and two wonderful little girls. When it comes to wine, I am always on the lookout for new regions, grapes, and blends and my friends are often asking me which wine would be best suited for a dish.
BLOG
Partner wine clubs
LaithWaites Wine Coupons and Vouchers Club
The California Wine Club Review 2022 Club